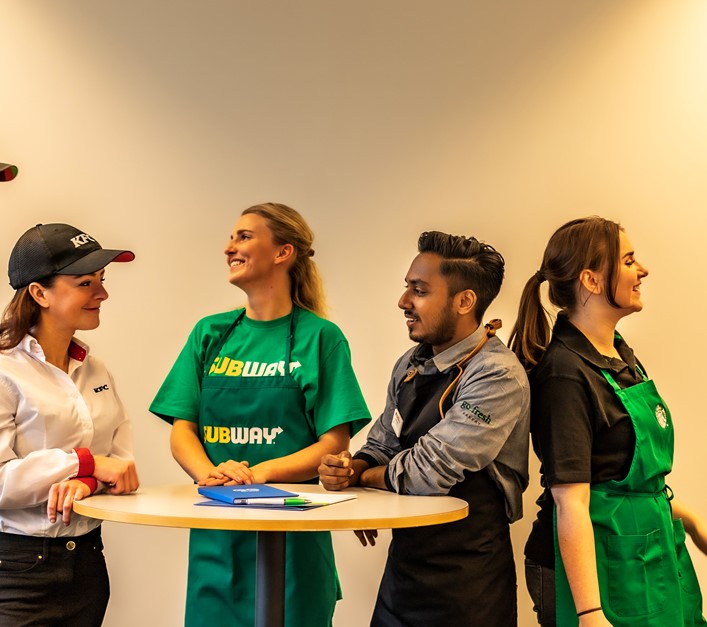 • New jobs to be created globally, with EG’s UK foodservice business accounting for the majority

• Group to roll out proprietary brands (LEON and Cooplands) and partner ones (i.e. KFC and Starbucks) across its network, NTI sites and EG foodservice concessions at Asda locations

• EG, including LEON, increases average hourly pay to £10.05 for UK colleagues aged 18 and above

To supplement this growth strategy, EG continues to enhance the pay and benefits colleagues receive and this month increased the average hourly pay to £10.05 for UK colleagues, including those at LEON, aged 18 and above. This follows two previous pay rises to over 10,000 UK colleagues in 2021, in recognition of the cost-of-living pressures they currently face.

In the UK, the Group will deliver many of these jobs from rolling out its proprietary brands ‒ Cooplands, the nation’s second-biggest bakery chain, and LEON, the “naturally fast food” brand ‒ across its forecourt network, new-to-industry (NTI) sites, and EG foodservice concessions at Asda locations.

It will also create a large number of new jobs by accelerating openings for its existing third-party brand partners, notably Starbucks and KFC, including drive-thrus on the Group’s UK forecourts and on Asda carparks ‒ with these foodservice outlets operated by EG and its colleagues.

The Group plans to add about 22,700 UK jobs between January 2022 and December 2026, including new roles, both highly skilled and entry level, at its head office in Blackburn, where it currently employs about 900.

Following its acquisition of LEON in May 2021, EG purchased Cooplands in October and today has unveiled a new growth strategy for the Scarborough-based bakery chain. Cooplands plans to open 30 outlets a year through 2026, including cafés inside NTIs and convenience stores on EG forecourt sites.

The Group is also committed to rolling out at least 50 LEON restaurants a year through 2026, primarily in the UK, alongside 10 further openings in the Netherlands, ahead of a wider European expansion.

EG’s recently augmented benefits package for colleagues is also attractive as it includes an increase to the life assurance policy, support via the Company’s Employee Assistance Programme, operational quarterly bonuses, discounts at EG brands and continued access to development, such as professional qualifications.

Its commitment to training and developing colleagues is comprehensive. In the UK, EG’s apprenticeship scheme has been a key part of this, with its first cohort of 33 apprentices graduating in September 2021.

Approximately 200 apprentices are currently working across the group, with that number expected to increase to 500 over the next three years. The opportunity allows them to cover a range of disciplines and departments and to develop their skills, behaviour and knowledge whilst gaining invaluable practical experience.

Today’s announcement follows the publication of EG Group’s unaudited FY21 results in March, when the Group reported a 16.3% increase in adjusted EBITDA to $1,451m, primarily driven by a stand-out performance in foodservice and the further easing of Covid-19 restrictions in many territories.

“As EG continues to go from strength to strength, we will be creating a large number of new jobs over the coming years, particularly in our successful foodservice business ‒ which remains a significant growth opportunity globally. We are proud to be a business founded in Britain that invests in job creation worldwide, while focusing heavily on the training and development of colleagues.

“EG has a strong track record of providing colleagues with long-term opportunities to progress their career at all levels ‒ and we are passionate about continuing this.”